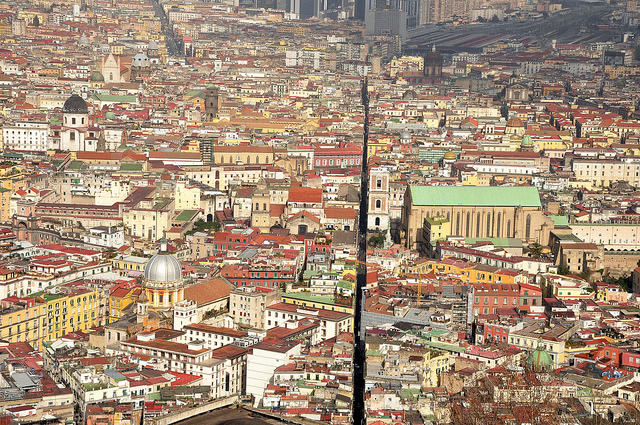 Spaccanapoli, the street that cuts Napoli’s historic center in two.  I had heard about this street before my first trip to Naples.  While weaving my way in and out of the narrow cobblestone, sometimes crumbling, streets of the city’s historic center (il centro storico) I couldn’t believe that there was one street in this tangled web that actually stood out.

Then, Bonnie of Napoli Unplugged took me up to the Castel St. Elmo.  From the castle walls, high above the maze of streets, I finally believed.  From above, Spaccanapoli, does exactly what its name says. 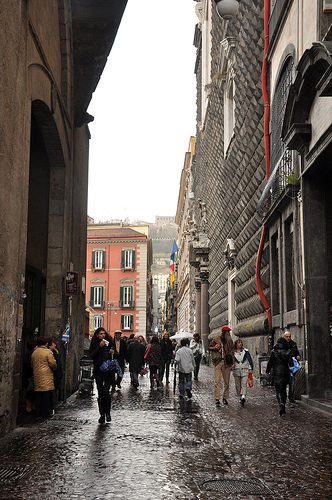 Spaccanapli (via Benedetto Croce) – with Castel St. Elmo in the background far above

Love Neapolitan food and its region? – Join me and taste and cook the best pizza, pasta & pastries this region offers on an 8-day/7-night all-inclusive vacation to the Amalfi Coast!

The street is one of three east-to-west streets from Neapolis, the original Greco-Roman city. At Piazza Gesu’ Nuovo, the tourist office states that Spaccanapoli “officially begins.” Here it is called via Benedetto Croce.  As you travel east, it changes to via San Biagio dei Librai.  The street actually extends farther, both east and west, than the official confines.

During my visit last summer, Bonnie took me on a little of both her Saturday Strolls in the Centro Storico – Part 1 and Part 2.  As Bonnie states, “A stroll through the centro storico is filled with many ‘Oh my God’ moments!”  She was right. There were so many, that on my recent March visit, I returned again to wander along Spaccanapoli and the area.  Below is a photo tour of some of my favorite places along this walk, and some of the interesting stories of the locales.

Cloister of Santa Chiara – Although Naples has the reputation for being a city of chaos, and in many cases lives up to it, one can find peace and tranquility in the many cloisters and churches throughout the city.  The cloister of Santa Chiara, with its Majolica-tiled columns and benches is the best of those serene spots. Lush gardens, gorgeous and colorful art, and shade; I could sit here in utter silence all day.

Besides the cloister, the complex of Santa Chiara has a stunning presepe (nativity scene) and ruins of a Roman bath. The church is also full of history. Here, Bonnie beautifully shares a little of the history of the Church of Santa Chiara. 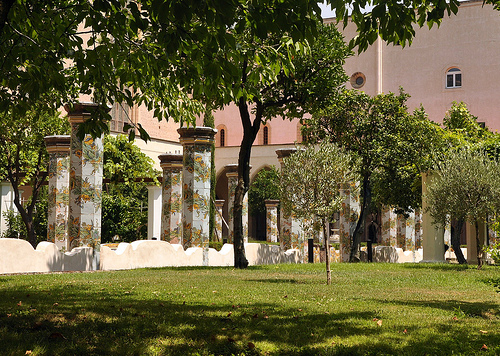 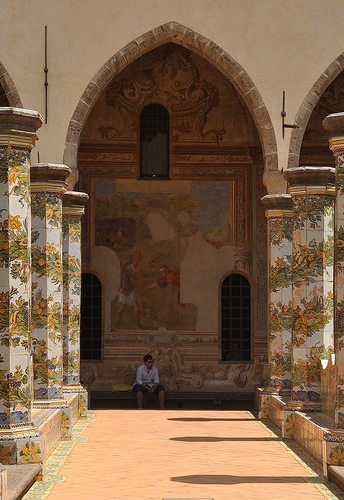 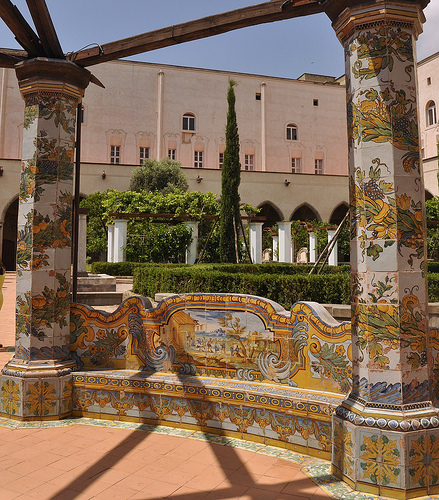 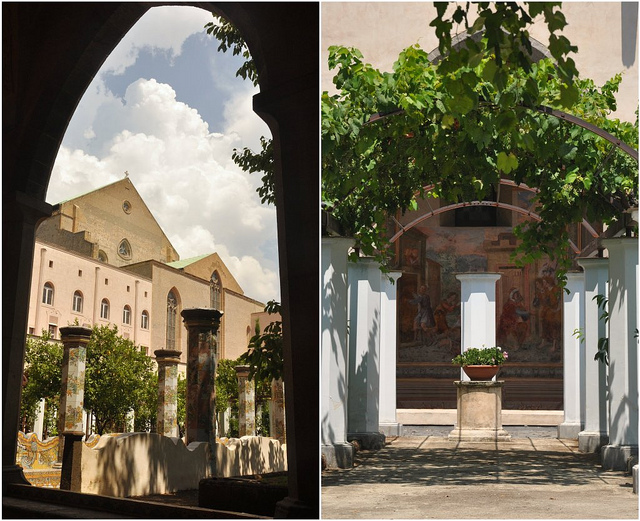 Via San Gregorio Armeno – The alley overflows with hand-crafted nativity scenes (presepi), statues of Pulcinella, traditional Neapolitan tamborines, and other trinkets.   On a cool spring day or even in the oppressive heat of summer, you can feel a little Christmas spirit by walking along this alley (just off of via Benedetto Croce, to the left).

Along with the traditional hand-crafted items, they also have little statues of Napoli’s soccer players.  A Fabio Quagliarella statue, one of my favorite players from Italy’s squad, is availble with his old Napoli jersey and one with a Juventus jersey (his new team).  I was so tempted to get one or both, but opted for a more traditional Pulcinella instead. 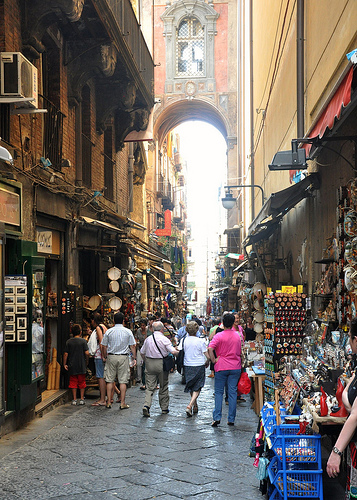 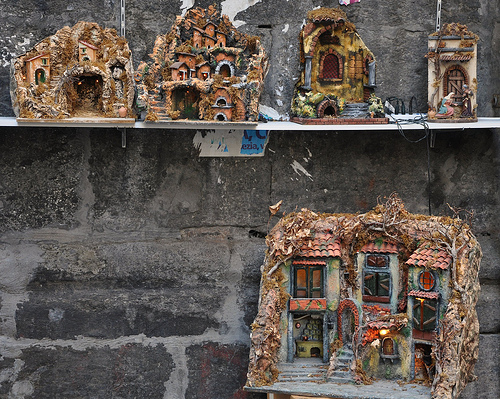 Ruins beneath Basilica San Lorenzo Maggiore – The basilica alone is worth a visit, but even more amazing are the ruins below. A Greek agora, then Roman forum, that dates back before Christ unfolds below the earth.  We wandered without any crowds, or anyone else, among the ruins, imagining a time long ago.

Note: This is not part of the Naples underground tour, Napoli Sottoterranea, whose entrance is nearby in Piazza Gaetano. 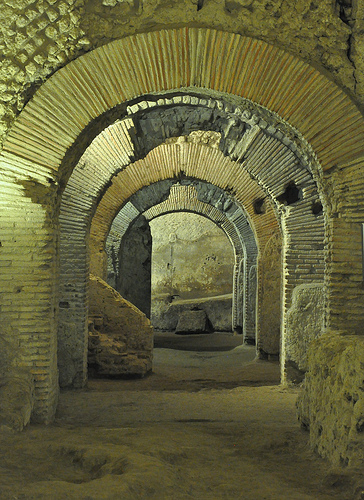 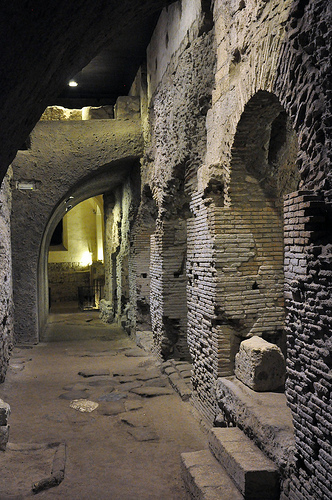 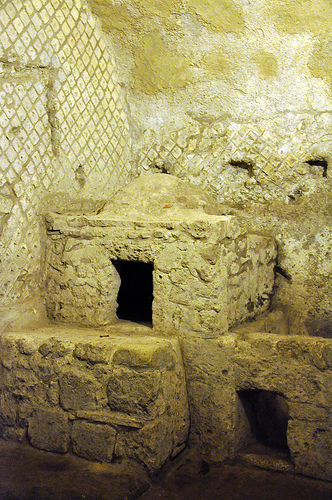 This begs the question: A pizza oven from over 2000 years ago?

Duomo – The Duomo with no dome, I realized this while searching for this church from Castel St. Elmo.  This church is also known as the church that holds the treasures of San Gennaro, Napoli’s patron saint.

The main treasures are two vials of the blood of the martyred saint San Gennaro.  The Feast of San Gennaro is on September 19th.  Each year, and on the first Saturday in May,  the city celebrates the liquifaction of  the blood, an omen of good fortune for the city.  If the blood doesn’t liquify, that’s not a good sign for Naples and possibly the rest of the world. After the two recent times in which the blood didn’t liquify, bad things happened.  In 1980, Naples had an tragic earthquake and in 1944, Mt. Vesuvius erupted.  (I’m just reporting what I’ve been told and read.  Plus, I would never want to suffer the wrath of a Neapolitan nonna’s malocchio for ever questioning this miracle.) 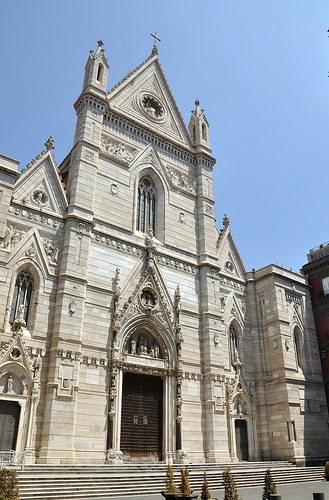 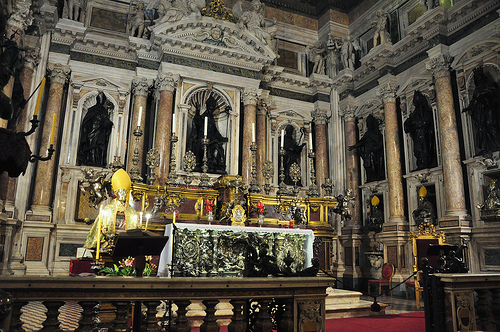 Piazza San Domenico Maggiore – The piazza is home to one of the three “plague spires” in Napoli.  The city began erecting the spires after the plague of 1656, as offerings for delivering the city from the plague.  The other two spires (guglia in the singular form in Italian) are the Spire of San Gennaro and the spire in Piazza Gesu’ Nuovo, both in and around Spaccanapoli. 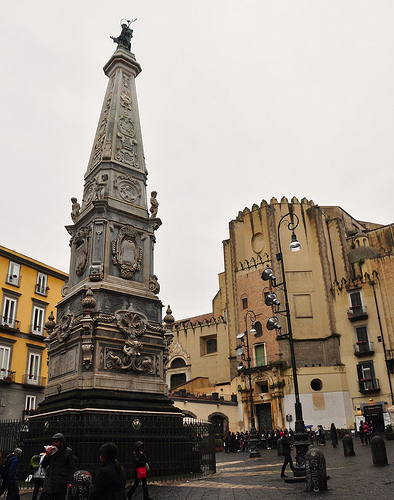 Of course, I also found some things to eat.  The centro storico is a haven for the Naples food lover.  Many of the best pizzerie are in the centro storico.  Friggitorie (Fry shops) abound, almost one after the other.  There you can pick up any assortment of fried treats, fried pizza, arancini, fried vegetables, etc.  My favorites are  crocche’ di patate (potato crochettes) and mozzarella in carozza (fried mozzarella in a bread “carriage”).  Any food fest in the centro storico should end with something sweet, a few Neapolitan pastries.  Scaturchio, the oldest pastry shop in Naples, is right on Spaccanapoli, in Piazza San Domenico Maggiore. 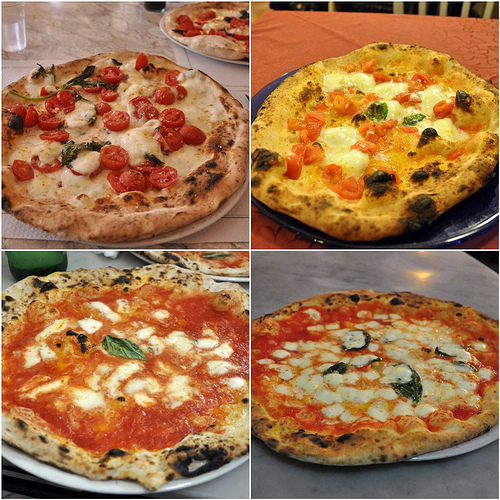 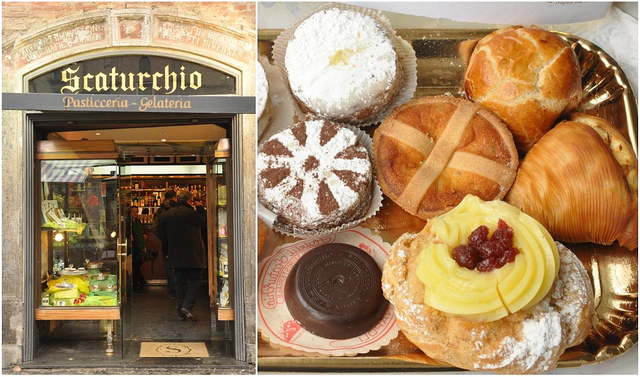 Bonnie has a very helpful page at Napoli Unplugged: Listing many of the Churches in Naples, which includes opening hours and links to websites, when available.

Journey Through the Pastries of Napoli

Dining Around Naples with Napoli Unplugged

A Taste of Napoli: Fifteen Favorite Dishes for the Food Lover in Naples

A Drive Along the Amalfi Coast

Bella Napoli: Neapolitans Warm My Heart Like Their Food Warms My Stomach