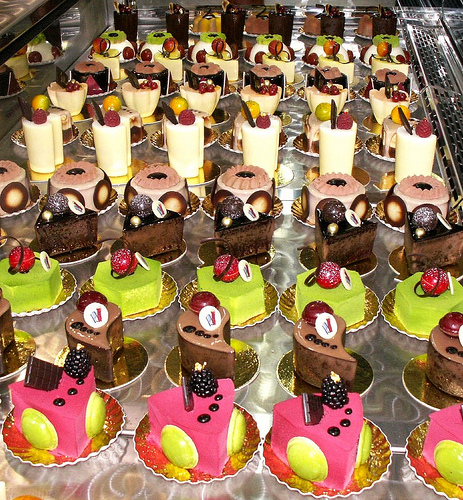 The pastries.  That's my answer to about any question one asks me about Paris.  "Why did you go to culinary school in Paris?"  "Why do you visit Paris during every trip you make to Europe?"  "What's the first thing you do when you get to Paris?"  "What's your favorite thing about Paris/France?" "What does France do better than Italy?" The last question got me in trouble with a few Sicilians.  My answer to all of these questions is the same — the pastries.

My very first trip to Paris, 13 years ago, had me gawking at every pastry window, thinking you needed magical powers to make such perfect little gems. I lived, studied pastries in Paris and worked in a Paris patisserie, so you would think the magic of these windows had disappeared. Not so, they still stop me in my tracks and have me gazing at them like most girls gaze at the windows of Dior, Chanel, Louis Vutton, and Tiffany's. My most recent trip to Paris, this summer, was not very different than my first, I'm still peeping into pastry windows.

One thing on my travel "bucket" list is to attend the Meilleur Ouvriers de France (Best Craftsman in Paris) pastry competition.  The competition is fierce, exhausting, and takes every iota of your will and tenacity.  Those that "win" (achieve a predetermined score) are known as one of the best pastry chefs in all of France.  The winners show off the blue, white and red collar on their chefs' jackets for the rest of their lives, identifying them among the elite of French pastry chefs. Although I've yet to be able to see it live (I do realize it's practically impossible to view it unless you're already an MOF), today I will be able to see it on film.  The documentary Kings of Pastry comes to the San Francisco Bay Area today.

In my giddiness and as a pre-celebration of sorts, I thought I'd share my list of ten top patisseries in Paris.  They're beyond the obvious Pierre Herme and LaDuree, and the grand maisons of Lenotre, and Fauchon.  These pastry chefs make pastries that look like jewels and taste like ecstasy.  Along with the list, you can take a virtual peak into the vetrines of Paris patisseries.

You, too, can learn the art to creating French pastries and many secrets of the French patissier! Join me in Provence for a French Pastry Culinary Vacation! 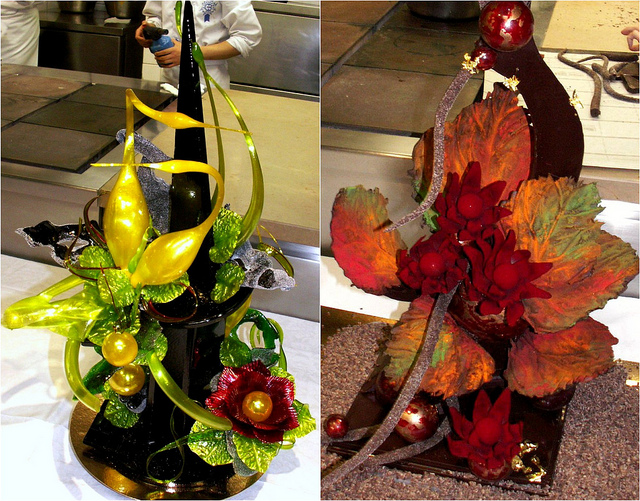 Laurent Duchene – 2 rue Wurtz – 13th arr. – Metro: Glacière
Won the MOF title in 1997  – This small neighborhood patisserie makes some of the best pastries in the city.

Hugo & Victor – 40 boulevard Raspail – 7th arr. – Metro: Sevres-Babylone
This patisserie opened at the beginning of 2010.  Instead of haute-cuisine, think haute-pastry.  Everything is exquisite, but the triangular-shaped tarts make me think of American pie. My suggestions: Caramel millefeuille (Victor), and anything chocolate, caramel, or vanilla – the three "featured" flavors.

Carl Marletti – 51 rue Censier – 5th arr. – Metro: Censier-Daubenton
All his pastries look too good to eat, but eat them anyway. He’s a master at pate a choux; éclairs, religeuse.  I also recommend the Dome Noir, Dome Blanc, and the L'Orizaba.

Patisserie des Reves – 93 rue du Bac – 7th arr. – Metro: Sevres-Babylone
Pastry shop of dreams lives up to its name. My Suggestions:  The tarts and gateaux of the season, but especially the Tart au Citron and the Tart Tatin.

Gerard Mulot – 76 rue de Seine – 6th arr. – Metro: Mabillon
When I lived in Paris, my apartment was right across the street from this patisserie.  I gawked/examined/tasted most of chef Mulot’s creations.  My favorites are the tarts citron, orange and chocolat and the Troubadour (a caramel mousse sensation).  My favorite macaron flavors are orange-cannelle, nougat, and citron. 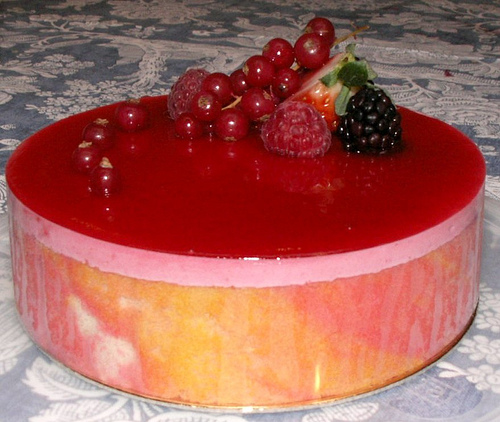 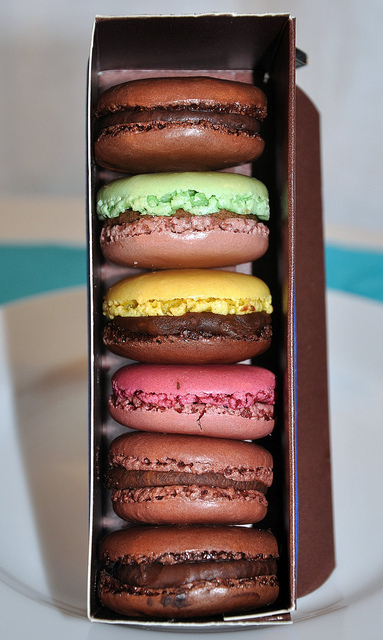 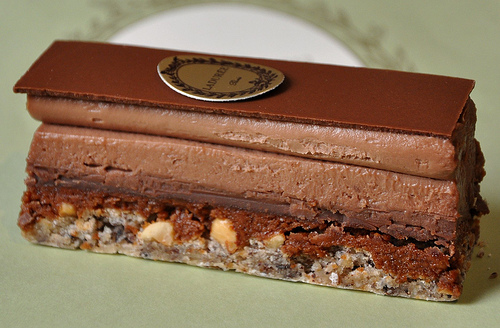 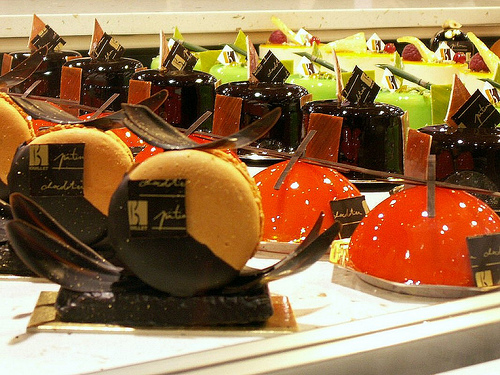 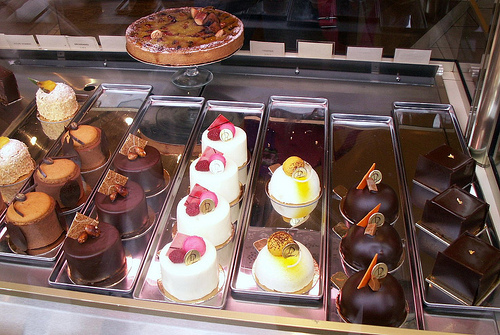 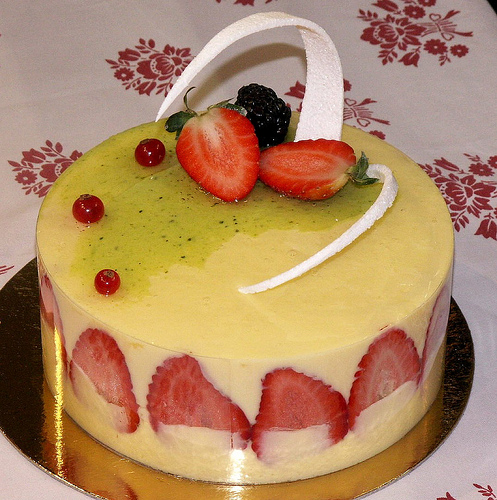 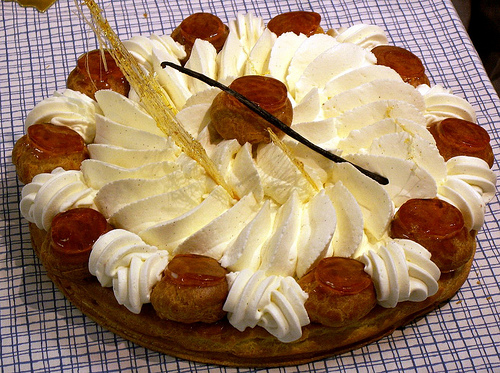 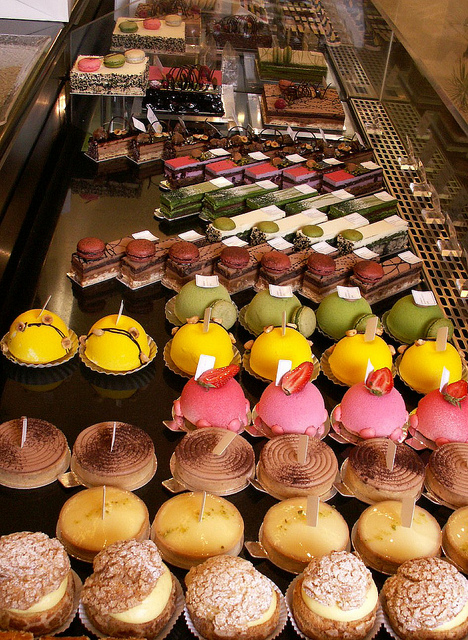 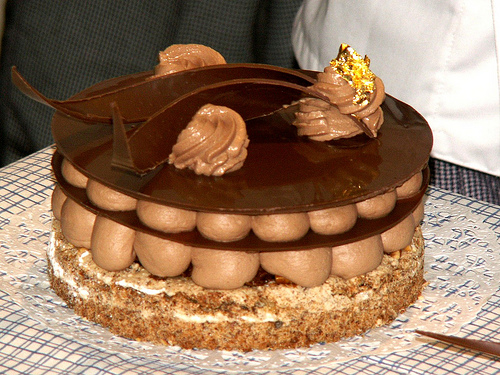 Called Heavenly Chocolate and it is 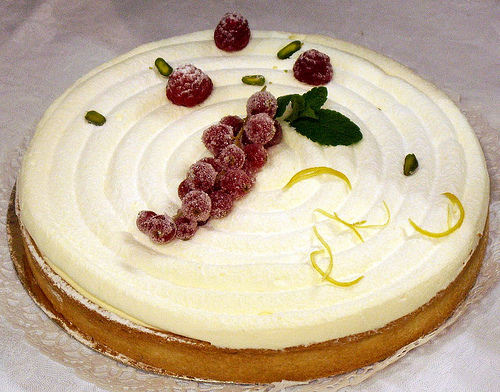 If you still have a sweet tooth after these photos, you can go to my Flickr page to check out even more Paris Pastries in Photos

Other Posts on Paris and French pastries:

Chocolate Eclairs: My Mom and Learning How to Make Them

Journey Through the Pastries of Paris – Part 1

Journey Through the Pastries of Paris – Part 2

A French Fraisier to Celebrate My First Blog Birthday

Cooking Classes for the Culinary Traveler in Paris